The much-anticipated action-adventure game Just Cause 4 was released on December 4, protected by Denuvo. On December 5, cracking group CPY posted the game online, Denuvo defeated. While this is yet another hammer blow to the anti-tamper system, the game is currently ‘enjoying’ a review average of just 5/10 on Steam, which could exacerbate the problems. 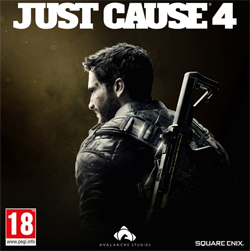 After being acquired by anti-piracy company Irdeto earlier this year, it was expected that anti-tamper technology company Denuvo would go on to even bigger things.

Instead, the anti-tamper protection is being subjected to a barrage of cracking activity.

With a recent announcement detailing the importance of protecting AAA titles if only for a couple of weeks, the company appeared to be lowering expectations of a longer piracy-free period. Now, however, even those aspirations have been shattered following the release of Just Cause 4.

This long-anticipated AAA action-adventure title is the follow-up to Just Cause 3, which was also protected by Denuvo. That game was released in December 2015 but wasn’t cracked until the end of February 2017.

Compare that with Just Cause 4. The game was released on December 4, 2018 then cracked and leaked online December 5, 2018. Just Cause 3 and Just Cause 4 were both defeated by cracking group CPY, who are clearly getting very familiar with Denuvo’s technology. 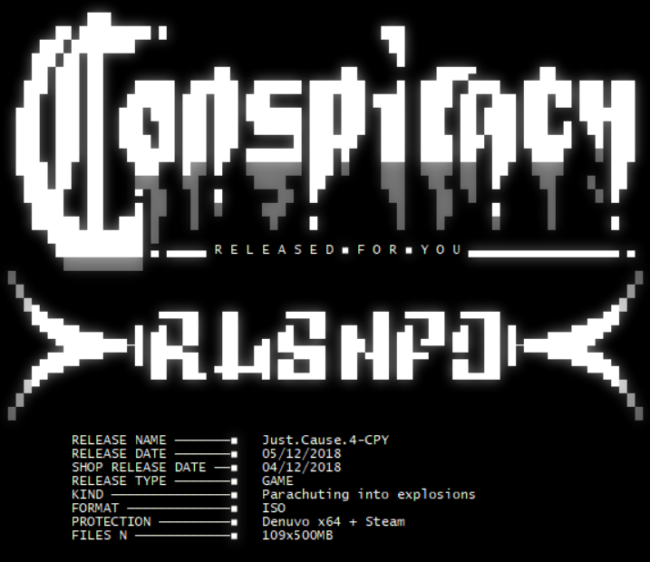 While having the game appear online the day after release is bad enough, another problem is raising its head. According to numerous reviewers on Steam, the game is only worthy of a ‘thumbs down’ based on complaints about graphics, gameplay, and numerous other issues.

While these things are often handled via early patches from developers, the negative reviews mean that the average score on Steam is currently just 5/10. That, combined with the availability of a pirated version online, seems like a possible recipe for disaster and something that could raise its head later should sales fail to impress.

That being said, dedicated Steam users can be particularly critical. Metacritic scores show an improved picture, with a Metascore of 75 out of a possible 100. Not great, but still slightly higher than the 73 achieved by Just Cause 3.

These are undoubtedly tough times for Denuvo but it would be premature to count out the technology just yet. There can be little doubt that its high-profile has presented a challenge that’s being relished by cracking groups, who seem prepared to invest significant resources into undermining its work.

A turnaround is still possible but protecting a title for just a day just isn’t enough, even by the company’s shortening expectations. Certainly, having a game cracked before its official launch, as happened with Hitman 2 last month, is almost as bad as it gets.

Kodi No Limits is BACK – YOUTUBER FIGHTS ON !!

Fuckr Developer, Right or Not, Backs Down in Fear of Grindr Copyright Lawsuit