GHOSTBUSTERS: AFTERLIFE – Official Trailer is now here and Everything happens for a reason. Watch the new trailer for Ghostbusters: Afterlife in theatres next summer. 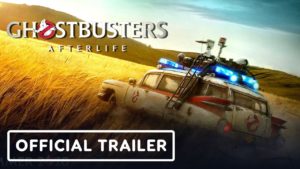 Directed by Jason Reitman – the son of Ivan Reitman, director of the first two films – Ghostbusters: Afterlife is teh 3rd film to follow  the 1989’s Ghostbusters II. the film follows a single mother and her two children as they move to Oklahoma after they inherit a mysterious property.

Remember the best way to Stay up to date with all this great tips is by subscribing to my YouTube channel !

While the family tries to settle down in their new old farmhouse, the town is plagued with an unexplained phenomena. The trailer also teases a clear connection to the original Ghostbusters cast — particularly to the  Egon (played by the late Harold Ramis). The film’s original cast, including Bill Murray, Dan Aykroyd, and Ernie Hudson, are all rumoured to be in the movie.

THIS IS NEW !! GET THE FIRESTICK TIPS FIRST *NEW FEATURES*

Operator of YouTube Rippers Should Stand Trial in the US, Major Labels Say