Last week NitroXenon, the developer of popular ‘pirate’ app Terrarium TV, announced he was shutting the project down for good. While that was a big enough blow to fans around the world, the developer has worrying news for former users. NitroXenon informs TorrentFreak that if required, he’ll give up user data to the authorities. 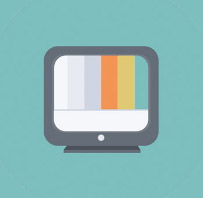 Terrarium TV was one of the most impressive ‘pirate’ apps in recent years. Utilizing video content hosted on file-hosting platforms, it grew to become a serious competitor to apps like Showbox and Popcorn Time.

Last week, however, developer NitroXenon announced that the project would be shutting down

“It has always been a great pleasure to work on this project. However, it is time to say goodbye. I am going to shut down Terrarium TV, forever,” he wrote.

“I know this day will come eventually. I know it would be hard to let go. But it is really time for me to move on to other projects.”

As always, people wanted to know why the project was really being shut down. TorrentFreak spoke with NitroXenon who told us….very little. When questioned he refused to speak about his motivation, which of course led to speculation, some of it reasonable, some of it less so.

The big possibility, of course, is legal threats. Given that NitroXenon refused to answer, we might deduce that he’s under pressure not to speak. However, no substantial facts were available to definitively back that up so we had to take his statement at face value.

And then this weekend, out of the blue, NitroXenon scared thousands of Terrarium TV fans with a surprise announcement.

Former users of Terrarium TV, who didn’t immediately uninstall the app as NitroXenon had previously advised, suddenly started receiving notifications on their devices.

“Uninstall immediately!” one warned. “Your IP address and location are being tracked!”

“We can’t guarantee that details won’t be shared upon request,” advised another. 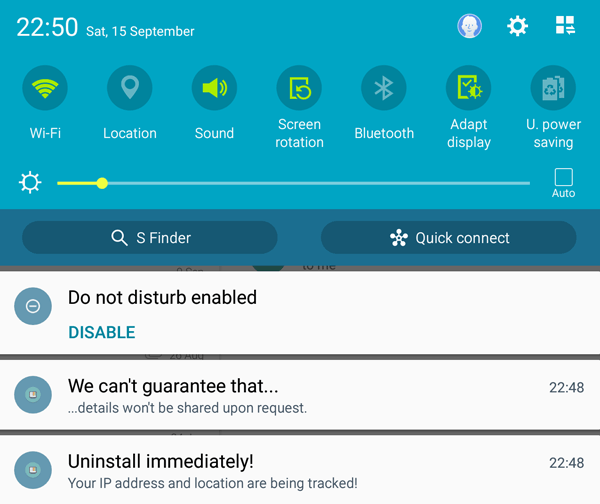 These kinds of notifications are not what the average user expects and of course, panic ensued. Was this some kind of scare tactic to ensure the last few people uninstalled the app or were the notifications sent out of genuine concern for users?

On Sunday, TorrentFreak was able to reach NitroXenon and ask him what on earth is going on. He had nothing reassuring to say.

“I’m just telling the truth,” he told TF. “Almost every app tracks user’s IP [addresses]. And if I must [hand] the info to authorities then I’ll do it.”

Other than this statement, NitroXenon had nothing to add. However, on behalf of people getting the scary notifications, we asked the obvious question. Why would NitroXenon retain logs after the application had been shut down and why, if he hasn’t been asked to retain them already, didn’t he simply purge them?

We received no response but if we have to analyze this situation, we’d say that something doesn’t feel right here.

Presuming for a moment that NitroXenon has come under pressure to a) shut down the app and b) not speak about the fact that he’s been threatened, that would fit the current pattern of developers who have found themselves in a similar situation over the past few months.

That being said, if IP address and location details are indeed being logged (the app had permissions for location), then why publicly warn users that is the case? The data has already been logged and deleting Terrarium now probably isn’t going to make much difference. Also, if the aim is to collect details of pirates, why sabotage that by giving out a warning while, potentially, undermining a non-disclosure agreement?

That leads us to the possibility that these are scare tactics but, put very simply, we have no proof either way. There might be a threat and there might not but we’ve never heard of a case where people who have simply streamed content (rather than uploaded) have been pursued by content companies.

There are several other possibilities too, including that NitroXenon got sick of the whole project and decided to burn the thing to the ground (unlikely, given how friendly he was in the past) or maybe he’s having his strings pulled by parties keen to send a message to movie and TV show pirates.

To our knowledge, this is an unprecedented development for ‘pirate’ applications, no matter what is going on behind the scenes. Whether users choose to uninstall the app moving forward is their prerogative but it seems unlikely that IP address evidence would prove of much use in this case, given that Terrarium never hosted the infringing content itself.

There are no guarantees, of course, so the rumors and speculation will continue, including that a hostile third-party, not content companies, have taken over both the app and NitroXenon’s Reddit account…..

HOW TO STOP APP’S AND APK’S LIKE TERRARIUM TV TRACKING YOU !