Developers of ‘pirate’ apps that provide access to mainstream movies and TV shows face a catch-22 situation that’s really difficult to escape. While success and indeed reward is measured by a large uptake and corresponding levels of adulation from users, rocketing popularity means that sleeping easy at night becomes increasingly difficult. 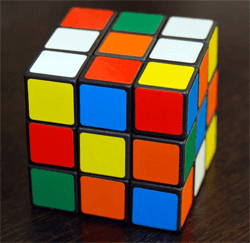 With software development and associated skills now accessible to millions of regular citizens, applications are released and updated every few minutes of every day.

On the other hand, applications that seek to provide simplified access to copyrighted movies, TV shows and another content face an inherently uncertain future, largely due to opposition from entertainment industry groups.

In itself, this precarious position can deter many developers but for others with an interest in file-sharing (and often the freedom from worry that comes with relative youth), the challenge can prove irresistible. As a result, dozens of applications are available today, providing mainly Android and Windows users with a free alternative to Netflix and similar products.

However, being the creator of such software presents a catch-22 situation that’s almost impossible to beat and even harder to extricate oneself from.

There is a theory that none of us ever does anything completely altruistically. Donating to charity, supporting a friend in need, or providing free access to content, are all driven by the reward we get from the experience, whether that’s pride, warm satisfaction, or the inevitable recognition.

Few app developers think that their hobby project is going to make worldwide headlines but when they are really, really good, word spreads – quickly.

Software like Popcorn Time, Showbox, or more recently Terrarium TV, all started under the radar but as their popularity grew, their developers received the confirmation that most had longed for – that their skills and hard work had resulted in something great.

This reward (and the adulation that comes with it) is an intoxicating mix that few can resist. As a result, these apps and others like them go from strength to strength, with the download numbers further encouraging their creators to continue. Meanwhile, however, we know that many would prefer not to be in the limelight.

Recently there has been some controversy in the Kodi community when popular YouTubers reviewed addons that their creators would rather have kept low-key. This publicity boosts interest but at the same time increases pressure on developers who really don’t want copyright holders knocking on their door.

The only answer, of course, is not to produce these tools in the first place. Any addon or APK that does something great WILL get traction, it’s as simple as that. There is no way to stop people talking about these tools and with that comes even more publicity. And downloads. And reward, even if grudgingly received.

Before developers know it, they have a monster on their hands, and then what? Shut it down, throwing thousands of hours of work away and losing all that recognition and feelings of reward? Or carry on, knowing that the better they do, the more likely it is that copyright holders will come calling?

In most instances, developers appear to ride the wave. With great popularity comes great responsibility, and with hundreds of thousands of users now relying on them, shutting down is difficult. And for those who generate revenue from their work via advertising or affiliate schemes, the problem is even more complicated – or straightforward – depending on perspective.

In the end, there are three basic types of developers who ‘survive’ to tell the tale.

Those who back away voluntarily with perfect timing (it’s otherwise convenient for them not to develop anymore), those who are threatened or sued into doing so, and those that somehow – against all the odds – manage to keep their identities a secret from start to finish.

Achieving the latter is not impossible but it is extremely difficult, requiring much forward planning and caution. This, it appears, is the only way to have a really successful project or application that doesn’t prove to be a huge liability when the masses really get on board.

Trouble is, few people expect this level of success at the beginning, meaning they’re ill-prepared for the fallout when things get big. Erasing online history is virtually impossible so the crumbs often lead to their demise.

An unknown pirate hero, an unsuccessful or fringe project, or legal worries. Pick one.