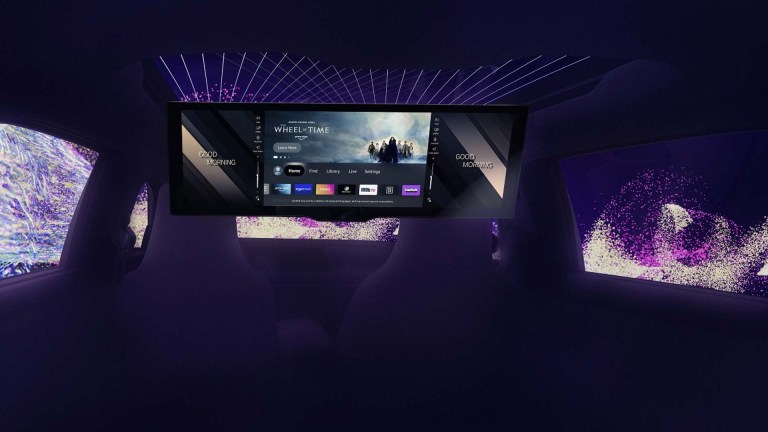 The NEW 31-inch 8K Fire TV BMW Theater Screen brings us a wide aspect ratio of 32:9 and a screen resolution of 8000 x 2000. While that technically makes it an 8K display, Data can be a concern when you are out and about and streaming in 8k  and would cause an issue, but don’t worry it comes with a whopping 128 GBs of internal storage to store all your favourite movies and shows!! 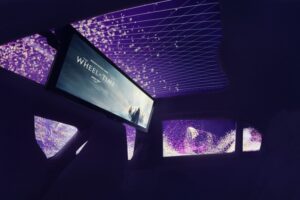 BMW brings us the ultimate implementation of  a Fire TV in a car and, likely, the best TV watching experience in a vehicle, period. The NEW BMW Theater Screen is an ultra-wide 31-inch screen that power-unfolds from the ceiling of the car with Amazon’s built-in Fire TV system. Sporting an 8K resolution, auto-dimming ambient lights, and window shades that automatically close when the screen lowers, Maybe its time to go for cruise instead of the cinema. 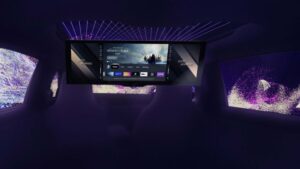 Sound will be delivered by a Bowers & Wilkins Diamond Surround Sound System, and courtesy of a function called My Mode Theatre you can flip to your preferred set-up including theatre screen position, lighting level and lowered sun blinds at the touch of a button.

The screen can be controlled in several ways, including directly touching it, controls on the rear doors, and the front seats.

Theater Screen with Fire TV is being teased as a concept at this point, The company has yet to announce when the system might be available to customers or how much it could end up costing. But during the company’s CES presentation, BMW’s presenter said that the features “look quite similar to what will be launched very soon in series production. Fire TV has already made its way into Jeep and Chrysler vehicles and will also be found in Ford and Lincoln vehicles later this year.

HOW TO WATCH FURY V WHYTE FOR FREE!!