Sports streaming service Eleven Sports is defying a decades-old ban on televising live football games on Saturday afternoons in the UK. The ban has been in place since the 1960s in order to protect attendances at live games. However, Eleven Sports recently aired two European matches and says it will do it again, in order to get business from fans who are otherwise turning to piracy. 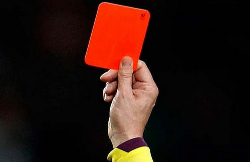 Fans in the UK looking for a top-tier football fix on a Saturday afternoon have a simple choice. Go to a football ground and buy a ticket, stream the game online illegally, or don’t watch matches at all.

This unusual situation is the product of an agreement back in the 1960s, which saw football bosses take protective action to preserve attendances at live matches. Agreeing that airing matches on TV would negatively affect the size of crowds at games, a blanket broadcasting ban was put in place.

Even today, the various leagues in the UK do not permit matches to be aired live between 2:45pm and 5:15pm on Saturdays, with a few exceptions over the years to accommodate the FA Cup Final. The ban prevents foreign matches from being aired in the UK too, despite most leagues in other EU countries not observing the same restrictions as the UK.

Now, however, a new situation has upset the status quo, with UK-based streaming sports provider Eleven Sports ignoring the decades-old ban by broadcasting games from Spain’s La Liga into the UK during the blackout period.

On September 29, Eleven Sports ignored the blackout and streamed the game between Barcelona and Athletic Bilbao, which kicked off at 3:15pm. Last Saturday, the broadcaster breached the rules once more and according to the company, it will do so again. The aim, it says, is to generate revenue from football fans who would otherwise turn to illegal streams.

“We disagree with the ban and will continue to challenge it with the best interest of our customers at heart,” the company wrote on Facebook.

The move is supported by Spain’s top-tier league, La Liga, which says that Eleven’s actions are pushing the boundaries to challenge illegal services which currently have a monopoly on broadcasts in the UK.

“People are watching football either through piracy or on betting websites anyway,” Evers added. “Upholding the ban does not make much sense.”

The broadcasting ban in the UK is seen by many as both old-fashioned and protectionist. Many fans have zero intention of attending grounds so the convenience of watching games from home is certainly attractive. It’s a market opportunity that’s exclusively exploited by illicit IPTV providers and pirate sites, which has caused the Premier League to obtain blocking injunctions in an effort to prevent viewing.

According to corporate sports law expert Satish Khandke, this revolutionary move by Eleven Sports has the potential to completely undermine the UK’s “blackout” period.

“[E]leven might argue that the blackout is unnecessary and anti-competitive, particularly as it is only operated in one EU member state, and so is unenforceable. If the blackout is not enforced or is successfully challenged, it is likely that companies having rights to show overseas games in the UK would all start to show them on Saturday afternoons,” Khandke notes.

“Once that happens, then the UK blackout would probably end as it could not be enforced selectively against some broadcasters but not others. That would mean that domestic matches could also be broadcast in the UK on Saturday afternoons – ending the status of Saturday afternoons as a ‘haven’ from televised football.”

If the “blackout” was abandoned, it would raise issues for the dozens of pirate IPTV providers currently supplying into the UK. They currently enjoy a somewhat lucrative monopoly, with many subscribers buying pirate packages to enjoy 3:00pm games.

Having official competition would certainly make life more difficult, with price becoming the only obstacle to prevent consumers from going legal.