A ‘carpet-bomb’ of DMCA takedown requests has all but wiped Torrent9 from Google’s search results. French anti-piracy outfit SACEM targeted hundreds of thousands of URLs in a few days. An effective strategy, but one that relies on several dubious reports, including takedowns targeting open source software. 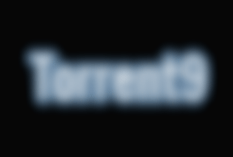 With millions of visitors per week, Torrent9 is a force to be reckoned with.

The site is most popular in French-speaking countries, which hasn’t gone unnoticed to local copyright holders.

Last year, the Paris Court of First Instance ordered French ISPs to block the site. However, Torrent9 was quick to take countermeasures and moved to a new domain name.

Quite recently, it was operating from Torrent9.blue. This went fine until the site’s owner started to notice that Google traffic had tanked. The torrent site used to get roughly 20% of its visitors through the search engine, but that suddenly dropped to less than 5%.

As it turned out, the French anti-piracy outfit SACEM had sent takedown requests for hundreds of thousands of URLs in the span of a few days. Google then removed these from the search engine, adding a downranking punishment on top.

SACEM’s ‘carpet-bomb’ of takedown requests was clearly targeted and massive in scope. In one week in August, the group asked Google to remove over 350,000 torrent9.blue URLs. For comparison, The Pirate Bay usually gets a tenth of that, from all copyright holders combined.

While we were taking a closer look at the notices in question, we spotted another peculiarity.

It almost looks like the French anti-piracy group submitted each and every URL they could find, regardless of whether it actually points to works from their music industry members.

Some URLs do indeed point to music, but there are also plenty of others, targeting movies, TV-shows, games, and software. In some cases, the torrents are not even infringing, such as the open source copy of Ubuntu listed below.

Google appears to have removed nearly all URLs including the ones that don’t point directly to copyright infringing content of SACEM members.

The removals were probably automated, but they certainly warrant a closer look. There is no question that Torrent9 offers links to pirated content, but should such broad takedown requests be permitted?

This endeavor left Torrent9 no other choice than to move to another new domain. At the time of writing the torrent site is operating from Torrent9.ph, but this could easily change again in the near future, as SACEM has already started to target the new domain with another carpet-bombing of ‘dubious’ DMCA takedown notices.

4 WINNERS – ANDROID BOX, SMART WATCH AND 2 POWER BANKS ALL GIVEN AWAY !!