There has been a lot of talk about BitTorrent and TRON’s plans to add financial incentives to the torrent ecosystem. Today, TRON founder Justin Sun answers a few of our questions, emphasizing that any protocol extensions will be implemented with user privacy in mind. Sun expects that the first features of Project Atlas will be available early next year. 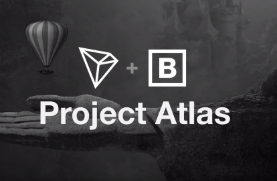 When the relatively new cryptocurrency TRON acquired BitTorrent a few months ago, there was ample speculation on the future of the company.

As the main developer of both uTorrent and BitTorrent Mainline, future decisions will impact a userbase of roughly 100 million people.

After a brief period of silence, TRON’s founder Justin Sun assured the public that BitTorrent was not going anywhere. Instead, he proposed a new project that aims to make it even better.

The idea behind Project Atlas, as it’s named, is to add ‘currency’ to the BitTorrent protocol through a series of extensions. This makes it possible to financially reward seeders, or to speed up torrents by paying for faster access.

While many TRON investors praised the idea, with some claiming that it will revolutionize the Internet, BitTorrent users tend to be more skeptical of this type of change.

At TorrentFreak, we had some questions as well, and luckily TRON’s Justin Sun was willing to fill in some blanks.

We already knew that the Project Atlas would be open for other clients to use and would be backwards compatible. This means that it can handle all existing torrents and talk to clients which choose not to implement it.

TRON’s founder confirmed this, adding that uTorrent and BitTorrent users won’t be forced to use it.

“There will be a setting to allow turning the feature on and off,” Sun told TorrentFreak.

“It will work with all existing torrents. The clients which do not have this optional protocol extension will function as before, similarly to a Project-Atlas-compatible client with the setting turned off.”

BitTorrent already uses a “tit-for-tat” scheme which rewards people for sharing and vice versa. TRON’s founder sees the new financial incentives as a logical extension of that.

“We see the Project Atlas system as an extension of this design decision — one that can persist across time and across swarms, and one where bandwidth contribution is rewarded whether you are actively downloading or seeding,” Sun tells us.

Another question that was on people’s minds is how it will all work, privacy-wise. Are users’ downloads tracked in a database? Can these be tracked back to individuals?

According to TRON, this is not the case. The protocol extension will be compatible with any and all torrents, but the rewards cannot be linked to specific files. The torrent client merely rewards people for how much they share.

“We know that privacy is very important to people, especially in the digital age, so we are designing the system with privacy in mind and an ability to opt-out of this new feature,” Sun says.

“The incentive system itself is not related to individual torrents. It tracks only that a certain number of tokens were transferred from one peer to another, and the details of this token transfer will not be publicly visible.”

It’s also important to note that Project Atlas will first be rolled out in desktop clients. This means that the new uTorrent Web and the similar BitTorrent Web, which came out this week, are in the queue for now.

Before the TRON acquisition, BitTorrent founder Bram Cohen suggested that these web clients could eventually replace the company’s desktop versions. However, Sun stresses that there is absolutely no plan to phase out the desktop products.

We also asked Sun about his thoughts on the frequent associations that are made between BitTorrent and piracy. Previously the RIAA sent a letter to BitTorrent Inc, asking it to add a hash filter to block pirated content, for example. Sun, however, chose not to comment on whether this is an option or not.

While BitTorrent already functions very well, TRON hopes to make it even faster with its protocol extensions. Ideally, the rewards should also ensure that files are seeded for a longer period, which increases the overall availability.

This is also Sun’s long-term goal.

“We would like to see more users, more seeds, and a protocol that represents an even faster technology. With Project Atlas, we plan to make torrenting in general faster and easier for novices and experts alike,” Sun says.

For now, it’s a priority to get the first version of Project Atlas out to the public. While no hard date is mentioned, this is planned for the next few months.

“We expect the first features of Project Atlas will be available around early 2019,” Sun concludes.

Whether Project Atlas will be well received by the community and if it will indeed bring about the changes TRON and BitTorrent envision, will become more clear then.