A music service that scans Internet radio streams for specific music tracks, records them, and makes them available for download in MP3 format, has lost its case in a German court. The case, brought by Sony Music against MusicMonster.fm, ended with a declaration that the service cannot rely on the private copying exception so is both unlicensed and illegal. 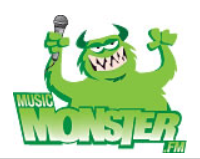 Stream-ripping tools and services have been around for many years and are currently most closely associated with obtaining tracks from YouTube, Spotify, and Deezer.

However, before these undoubtedly more efficient tools came along, users with an aversion to peer-to-peer networks often used software to ‘record’ songs from streaming Internet radio stations.

While more cumbersome than straightforward downloading, there are virtually no risks attached to doing so, with many considering this ‘private copying’ and therefore completely legal.

Somewhere in the middle sit services like MusicMonster.fm, a Germany-based service that claims to make stream-ripping easy, by scanning Internet radio streams for the user, ripping out songs, and then making these available to the end user for download.

“First, you should put together a wish list – just click the button ‘I want!’ next to your favorite songs,” MusicMonster’s site reads.

From here (or from Dropbox if the option is selected), songs can be downloaded to the user’s computer in MP3 format. This, the site suggests, isn’t a problem because users have already paid for the right when the stations paid their licensing fees.

“The ability to save music (eg: analog recording) is a paid right. The customer has already paid for it,” MusicMonster advises.

“If you have not noticed this in recent years, then the music industry has received payments without providing anything in return. Now this consideration will be used by you. The MP3 music file you have recorded and created is not a copy of the original piece of music, but an independent legal object.”

Perhaps needless to say, record labels aren’t impressed with this type of product and MusicMonster.fm eventually came to the attention of Sony Music’s lawyers.

In September 2017, the Munich Regional Court delivered a first instance judgment that MusicMonster itself is the creator of the copies, not the user, so in this case the act of stream-ripping represents a violation of the label’s reproduction rights.

Following an appeal by the service, on November 22, 2018 the Higher Regional Court of Munich agreed that the operators of the site could not rely on the private copying exception, declaring the MusicMonster platform both unlicensed and unlawful.

“The industry will continue to be consistent against such brazen business models that unfairly interfere with the legal digital market, mislead consumers, and disregard the rights of artists and their partners.”

René Houareau, Legal & Politics Director at BVMI, adds that courts are increasingly able to identify illegal and opportunistic business models from those that are officially licensed and return revenue to the entertainment industries.

BVMI adds that stream-ripping is a big problem for the music industry worldwide but acknowledges that in some instances in Germany, the use of stream-ripped music sits in a legal gray area.

VOD Site Branded “Notorious Market” Hits Back at the MPAA